State of the Triopoly in Digital Advertising

With the recent release of Amazon’s Q4’19 results, it has become apparent that Amazon Ads is the strongest growing segment of Amazon’s revenue. Read more about this in this recent article on Amazon’s Growth Riders

Facebook also recently released their Q4 and full year 2019 earnings report and comparing with those, it also becomes clear that Amazon Ads is out-growing Facebook. We are still waiting for Google’s results to come out but looking at the Q1-Q3 growth, it seems likely that they are lagging even further behind. 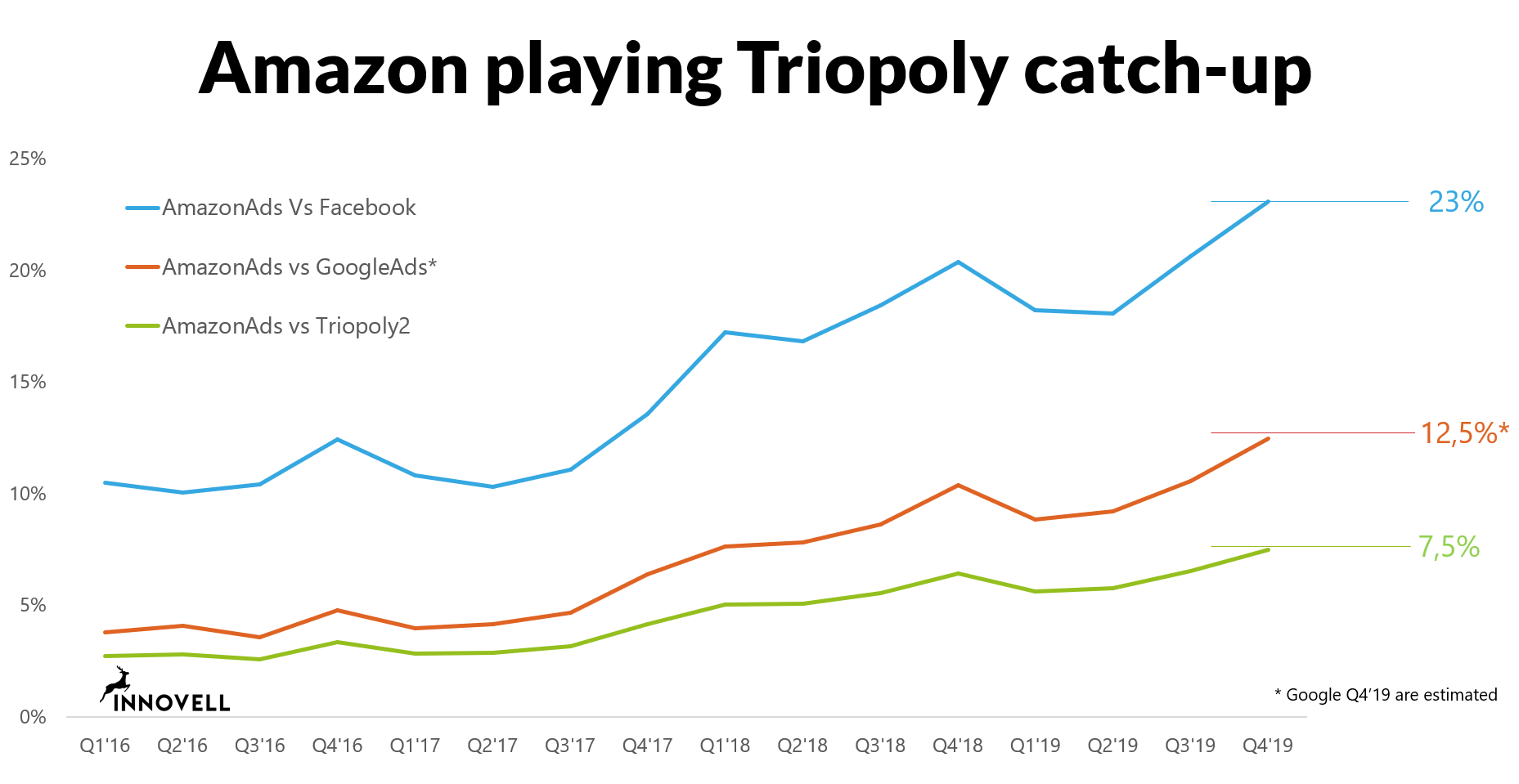 With this game of catch-up, Amazon Ads is likely to represent 12,5% of Google Ads in Q4’19. Not something to ignore any longer and a justified place with the two other digital ad giants of this world.